All successful insurrections begin over drinks.

OK, I have no evidence to back that up, other than a vague recollection that the Sons of Liberty gathered support for the American revolution in Colonial taverns, and that French anti-royalists plotted their rebellion in Parisian coffeehouses. But if this half-remembered notion holds true, what I witnessed earlier this week is the latest evidence that well-crafted cocktails may yet win out against the tyranny of frilly vodka drinks and sticky Jaeger shooters.

On Tuesday night, in an upstairs room at Oliverâ€™s in Seattleâ€™s Mayflower Park Hotel, the Museum of the American Cocktail held its second in a series of local seminars aimed at sloughing off the oppressive chains of bad drinks and improving the quality of the drinking habits of a group of curious imbibers. 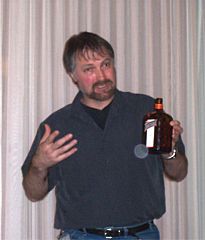 Robert Hess, aka Drinkboy, and Ryan Magarian, a beverage consultant and professional mixologist, were the Robespierre and Marat of the evening, and during the seminarâ€”billed as â€œHow to Stock and Use Your Home Barâ€â€”they ranged far beyond the original theme. In between addressing basic Cocktail 101 questions such as, â€œWhatâ€™s the difference between bourbon and rye?â€ and â€œBombay Sapphire is a good gin, isnâ€™t it?â€ Ryan and Robert urged the dozen or so participants to broaden their palates, explore spirits beyond vodka and experience well-crafted and well-balanced cocktails in order to understand the full range of the cocktail universe.

Ryan and Robert had a really effective approach: Walk participants step-by-step through the liquor store (figuratively speaking, of course), mentioning a few decent brands to purchase; briefly explain the basics of balance in popular drinks, using as examples familiar sour-type cocktails such as Sidecars and Margaritas; and demonstrate how to properly measure, shake and pour a cocktail. Beyond these basics, though, they ranged in every direction, and this is where I think the planners of MOTAC seminars should take future programs. 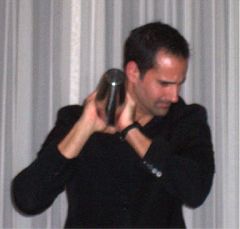 After the groundwork is laid, and a few dozen individuals around town have started mixing carefully measured 4:2:1 sidecars in their new Boston shakers, an array of smaller, graduate-level courses should come in (I know, the whoâ€™s and whereâ€™s and how-much-itâ€™s-gonna-costs all come into play, but this is a what-if Iâ€™m talking about). Some topics, spun off from the original seminars, would of course be of more limited popular appealâ€”how many people in the Seattle area, other than myself, would pay to spend an evening talking gearhead stuff like PUG muddlers and hawthorne strainers, after allâ€”but more in-depth discussions of topics such as the world of rum or a night of gin cocktails would, I think, bring out at least as many people as I saw on Tuesday night. As with my previous experience at a Cocktails 101 event, my response, ultimately, is â€œmore, please.â€

More: The third Seattle MOTAC seminar, â€œShaken & Stirred: Everything About the Martini,â€ takes place at Oliverâ€™s on May 2, from 6:30 â€“ 8:00, with presenters Robert Hess, Ryan Magarian, Anistatia Miller & Jared Brown. Tickets and more information on this and all MOTAC seminars nationwide are available at the museum’s website.