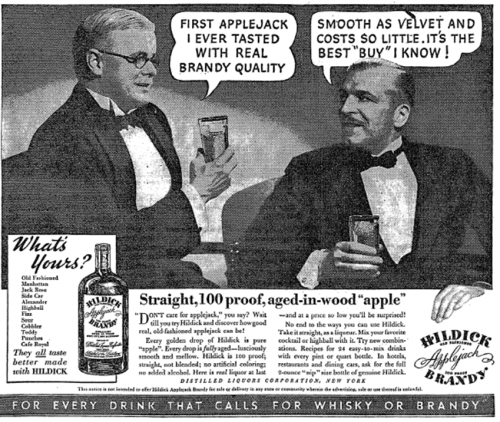 In our early years, Americans drank pretty much anything that was available — but â€œavailableâ€ is the operative term here. Our ancestors drank beer and wine, when it was available, which after the initial supplies ran out, wasnâ€™t very often; soon, brandy and, more importantly, rum entered the picture, and eventually whiskey worked its way into the mix. But for much of Americaâ€™s history, from the earliest Colonial days and for the more than two centuries that followed, Americans sated their thirst for beverages that conveyed a buzz mostly with libations that came from the fruit of the apple tree — primarily in the form of hard cider, which was EVERYWHERE and in tremendous quantities, but also in its harder, sharper and, at times, burly and boisterous relative: applejack, the distinctive American interpretation of apple brandy.

For a drink that so enamored our American ancestors (especially in the Northeast), we know awfully little about applejack and American apple brandy today. If your reading habits have brought you to this blog, youâ€™re no doubt already familiar with Lairdâ€™s applejack and probably their bonded apple brandy, too, and you may even know of newer, small-scale producers somewhere (legal or, um, â€œartisanalâ€) who are making the stuff. But what else do you know about American apple brandy?

The answer, probably, is â€œnot much.â€ A year or so ago, I was lamenting my own ignorance of a category that I still found pretty fascinating, so I started putting together bits of historical info that eventually made their way into my â€œAs American as Apple Brandyâ€ presentation at Tales of the Cocktail in July (where I was joined by another ardent fan of apple brandy, my good friend Misty Kalkofen, from Drink in Boston).

In case you missed my applejack schtick at Tales, thereâ€™s another opportunity coming up where you can see me get way too excited about this style of spirit thatâ€™s undergoing a bit of a comeback: on Saturday, November 19, Iâ€™ll be talking about American apple brandy as part of Swig Well: Seattle Drinking Academy, at Rob Roy.

Among the things Iâ€™ll babble about are bits of apple-brandy history such as: 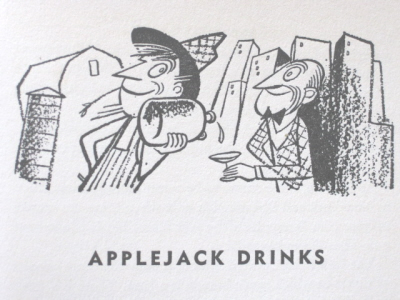 Oh — and thereâ€™ll be cocktails.

This is my first scheduled class at Swig Well, and while tickets are limited, I want to make sure every seat is full. The class is an hour-ish long (I get chatty sometimes), and takes place on the afternoon of Saturday, November 19 Â from 1:30pm to 2:30pm; tickets are $75 each.

Check out my original post about Swig Well, then head over to their site to see the syllabus and to sign up for tickets (youâ€™ll need advance reservations — like I said, tickets are limited). And, while youâ€™re at it, check them out on your social-media platform of choice: Swig Well on Twitter, and Swig Well on Facebook.